Last Monday, the Dutch government announced that Chinook Nuon/Vattenfall will be the winner of the tender for Hollandse Kust Zuid I & II. Four consortia were competing to develop this wind farm: Vattenfall/Nuon, Statoil, Innogy/Essent and Eneco/Van Oord/Mitsubishi. Although Vattenfall has five years to develop this wind farm, Minister Eric Wiebes of Economic Affairs and Climate stated Hollandse Kust Zuid I&II will be operational in 2022. It then will produce 700-750 MW, which is energy for 1,000,000 to 1,500,000 households. 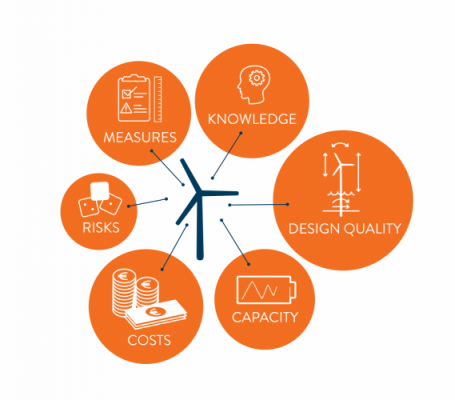 Vattenfall has won this tender because they covered the risks regarding a low energy price even better than the other parties, as Minister Wiebes explained during the announcement of the winner. “Financial soundness is very important as this wind farm has to be build. This party offers the best guaranty for this”. The highest risk when it comes to building without subsidy is the fluctuating energy price. Vattenfall has found a way to handle this in making an energy deal with a large business customer. As a result, they will have an incentive to build this wind farm, which was important for the Dutch government.

At the start of the tender procedure, the Dutch government set out six decisive criteria in the Offshore Wind Energy Act because the lowest price could no longer be the deciding factor for winning the tender and “analyzing the risks” turned out to be the most decisive criterium.

Although HKZ I&II will be the first zero-subsidy offshore wind farm, it is not the first time zero-subsidy bids were submitted in an offshore wind energy tender: last year Ørsted and Energie Baden-Württemberg won an auction in Germany with subsidy-free bids. However, that wind farm will be operational in 2025, which is three years later than HKZ I&II is planned.

Despite the German example, it was still a question whether companies would participate in this tender. To make it more attractive, the government contributed to lowering the wind farm costs, which makes it doubtful if this really should be regarded as a subsidy-free wind farm. TenneT will provide the cabling for this wind farm, which leads to significant reduction of costs, about 1.4-1.6c/kWh. Besides that, the government will execute all necessary environmental research, providing metocean data, soil and wind conditions at the selected site.

In future tender procedures this might be different, as minister Wiebes stated that a future in which companies will pay for a permit to build an offshore wind farm is not unthinkable. “The government is now developing a concept in which this will be possible”. “This is just the start of offshore wind in the Netherlands. Within a couple of weeks, the road map to 7000MW offshore wind energy will be presented.